How and why do people interfere with the brain? How effective is this intervention and what consequences can it lead to?

It is known that electrical and chemical processes play a key role in the functioning of the brain. We are constantly confronted with the effects on the brain, whether we listen to music, visit an art gallery, or drink coffee.

Think, why are males usually selected for brain studies? The answer is simple – men / males have a more stable hormonal background, which significantly affects behavior and electrophysiological reactions. 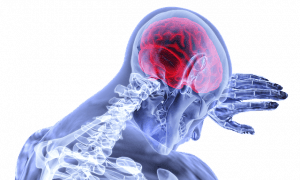 The search for possibilities of directed action on the brain with the help of electricity was carried out by man for a very long time. Even in ancient Rome, doctors prescribed electric stingray discharges to patients with migraines. Much later, after the discovery of Faraday, people began to study the effect of the magnetic field on the brain. Since the 19th century, successful studies have been conducted with invasive and non-invasive brain stimulation, that is, with and without opening the cranium.

Now methods of brain stimulation are beginning to leave laboratories and clinics, devices appear that are available to any interested user. You can buy devices online for $ 200 for non-invasive brain stimulation, and they are popular with enthusiastic gamers. However, what are the long-term effects of their use is not yet clear.

“What is the brain? The brain is not just the most complex organ of our body, not just an organ that consumes much more energy than “supposed” for an organ of its mass. The brain is a separate universe, which we do not understand and will explore as long as humanity will exist.

It is possible to change a person’s habitual decision-making patterns for a short time, but it is impossible to artificially make a revolutionary out of a conformist (or vice versa).

The brain tissue is able to “talk” with the help of electricity. There are billions of neurons in the brain. In some cases, it is enough to stimulate a small area of ​​the brain, containing literally several thousand cells, to significantly change the behavior of a living being. Many people know the experiment with a rat, which was able to stimulate the pleasure center in its brain – and in a couple of hours died of exhaustion, because it could not stop. Deep brain stimulation is currently widely used for medical purposes, for example, to treat Parkinson’s disease or, in some cases, in patients with major depression (electrodes are implanted into deep brain structures).

TMS uses a magnetic coil that generates a magnetic field that travels through the scalp (hence the name “transcranial”) to stimulate brain structures to within a few millimeters. TMS is used to conduct brain studies (for example, mapping the motor and speech areas of the brain), diagnose brain damage (such mapping can be useful before neurosurgical surgery), and attempts are being made to change cognitive abilities in healthy people. TMS makes it possible to influence one region of the brain and watch what is happening at that moment in others, that is, to identify cause-and-effect relationships between areas of the brain, between function and structure. TMS is actively combined with “observational” methods of studying the brain, such as EEG and MRI.